I continue to work on a Montréal review to understand what happened and why. I think I need the assistance of Dr. H in coming to an understanding. This post, and the prior post, both function as preparation for tomorrow’s doctor meeting.

I devoted considerable time to getting ready. Hearing preparation occupied six days with the presentation rehearsed on each daily walk. I created a document outline to guide me during the hearing. I felt confident and well prepared. Despite this advance work, I fell apart during the hearing itself.

Preparations extended to careful planning of the trip itinerary and listing all the items that I would need to bring. The trip plan included six pages of notes and documentation. This served me well and I shall retain it for any future trips to Montréal. 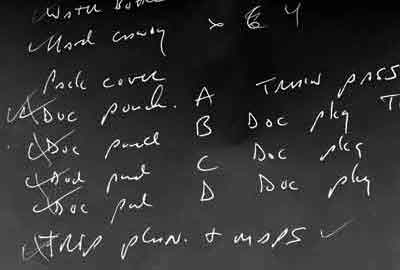 If I attempt to characterize myself pre-injury I would use words such as professional, insightful, highly capable, extremely competent, confident, empathetic, concerned, generous, equitable, fair, curious, innovative, creative, dedicated, loyal, hard working. These traits apply not only to work but to relationships and to avocational pursuits. As my recent domestic archaeological investigations have demonstrated, I did not just commute to work by bicycle but I acquired knowledge of the history of bicycles, learned all of the component parts, how to effect repairs, and how to construct my own custom bicycle from purchased parts. 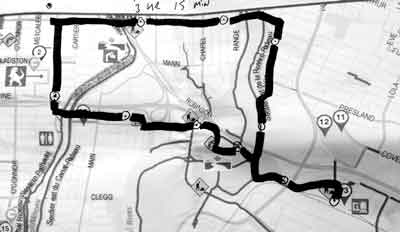 I understand my injury as resulting in a forced transition to a new self image. The first phase of this transition consisted of a series of shocks, psychological blows that undermine my pre-injury self image and prove my prior characteristics no longer apply. I am now slow, easily confused, erratic, forgetful, self-deceptive, angry, frightened, uncertain. My prior self-image, and the man I am now, are no longer congruent. My belief in my prior self was misguided and mistaken. I hunger to return to the pre-injury state with its ease of function, its sense of skill and capability.

The awareness of a growing gulf between my present state and my prior state caused the onset of what I euphemistically referred to as “tailspins.” In reality, these were depressive moments, dark pits of despair into which I plunged without warning. Caverns of blackness from which I had to fight to escape. These trigger events were likely due to an imbalance in the neurotransmitters associated with positive mood. The ease with which I collapsed into depression derived from the fact that I lacked sufficient neurotransmitters to maintain a normal equilibrium.

My recent psychological shocks include the following:

I have not experienced an associated tailspin. My emotional response is flat. I suspect this means I have abandoned any expectation of my prior self. I am now in limbo. Nothing that I might do surprises me. My life is not directed by me but consists of recurrent error states. I encounter them, recognize them, and then I move on. 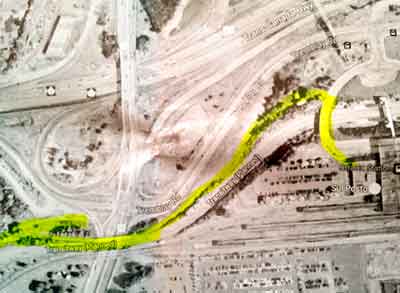 There is concern over my present state but I recognize that there is little more I can do. Outcomes are determined not by volition, but by my bodies’ organic response to events. If my body seeks to plunge me into the destructive maelstrom of ALS/CTE there is no adequate response. If I commit random error there is no point to self recrimination. I must accept the error, attempt a fix, and move on. If I suffer some form of breakdown in a hearing there is no point to self-flagellation.

I am not entirely passive but I am much more of a bystander than I once was. The next unexpected event will befall me unexpectedly and without warning.

I try and accommodate my new self by instituting processes and activities that serve both a functional and psychological need. I attempt to plan out my day and make a great effort to execute the plan. But, if asked to provide words describing my new self, I draw a blank. The answer, such as it is, changes from moment to moment and is only uncovered through the living of it.