In a prior post, I described missing garlic. I misplaced some cloves of garlic and was unable to find them after a massive search. The missing garlic surfaced yesterday inside the specially ventilated (lots of big holes) blue ceramic pot designed expressly for the storage of garlic. In the header image, the white garlic is from China. The purplish garlic is the missing Québec garlic.

I don’t know how I missed it during the search. There exists the possibility that this find does not represent the missing cloves but instead consists of other cloves I carefully reserved for making hummus. I have no way of knowing the truth.

This issue illustrates the nature of my world. Prior to the injury, I was anchored within a definite, more or less solid, reality. I was able to swim through that reality with a certain degree of confidence. When I put an object down, I was immediately able to recover it.

In my present experience of the world, nothing is stable, I am unable to trust my perceptions of events. Objects set down a second ago mysteriously vanish. If, and when, they reappear, I cannot tell if the newly found objects are the exact ones that went missing, or if they represent a second set put aside on an alternate occasion and completely forgotten until rediscovery. A world which was once solid does not quite melt into air but is definitely much more malleable and uncertain than it was. A world as imagined by Dali rather than by Copernicus or Galileo. Or perhaps a variation on Heisenberg’s uncertainty principle.

Missing Garlic Found – Out of Gas

I am struggling. A major submission to TAQ was mailed on October 5th, with a supplemental submission as required by Québec law, sent out on October 11th. Following this, I started work on a second set of submissions and I simply ran out of gas. I feel as stuck as a citizen of Pompeii buried in ash and turned to stone. 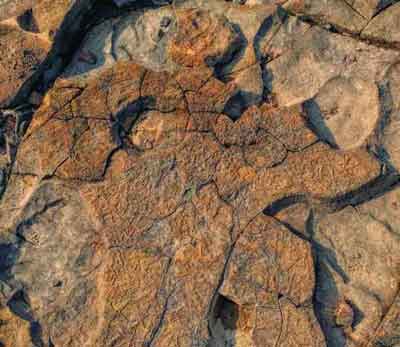 In the LCD state, I get lots of little wins, a series of minor accomplishments and satisfactions. I can see my effort having positive effect and this motivates me to continue the work. In the HCD state, the level of demand is much greater. I am aware I have been making the same effort for over 5 years now and have achieved nothing. Nothing apart from a mountain of paper and innumerable shoe-boxes filled with files.

When I return to the HCD state I must face the early onset of fatigue and headache. In the evenings, I am clumsy, drop things, make messes, screw up meal creation, lose items, get frustrated, knock things over, demonstrate poor balance. This may be wishful thinking on my part but I do not remember the same incidence of these problems during the LCD phase.

All of my efforts seem very pointless. I have stopped the submission effort for the moment and am attempting to regroup, and get back in balance, or achieve some measure of productive performance. Due to writing the submissions, I tapered off my walk routine and I question if this is a positive move.

Today, I made a six mile hike to buy groceries. During the walk, I realized my problems during the hearing on September 21st, 2016, were likely due to over-training. I spent considerable time in preparation for the hearing but when engaged in the actual effort I completely fell apart.

Today’s insight was to the effect this “cognitive collapse” may have been due to the fact that I prepped in accord with how I believed events would unfold. But the reality of the situation did not follow my plan. I lacked the creative flexibility to respond to real time events. I remained stuck in my planned routine while the world around me danced along an entirely different trajectory.